Blow with the Devil 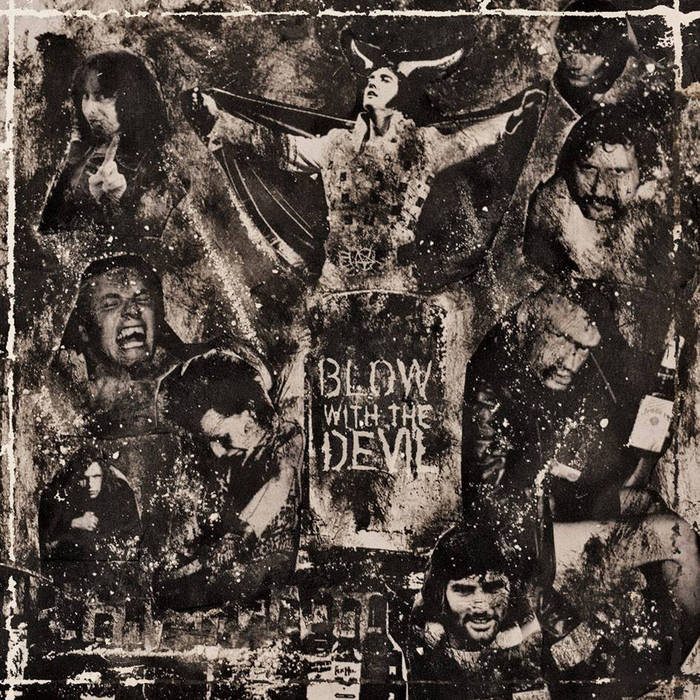 Art of Propaganda is proud to present Whiskey Ritual's highly anticipated third album, Blow With the Devil, set for international release on November 27th. A crown jewel of filthy, misanthropic black 'n' roll, Blow With the Devil comprises ten anthems of utter disgust and degradation, abject hatred both internal and external. Whiskey Ritual hail from Italy, which has long maintained a thriving metalpunk scene as well as a small but well-regarded black metal one. Across the accurately titled Blow With the Devil, the quintet caustically combine these two idioms, making for a hellish 'n' headbanging ride through horror and human emotion, hailing Henry Rollins, speed & chicks, nekro street gangs, and Satanic kommandos among many other unsavory things. It's non-stop, unbridled belligerence backed up with wrist-slitting atmosphere. Poison in, bleed it out...

Whiskey Ritual began in 2008 as an idea of Dorian Bones (Caronte) and Plague (Selbstentleibung) to create an old-school black metal band like Venom, the first Bathory album, and Hellhammer. It was their precise intention to give birth to something rotten, dirty, and violent, with no compromises. Then Asher and A. (both of Forgotten Tomb) joined the band. In 2010, Whiskey Ritual released a demo titled Black'n'Roll, a split 7” with Forgotten Tomb titled Tribute to GG Allin the following year, and then two full-lengths: 2010's In Goat We Trust and 2012's Narconomicon, the latter featuring special guest vocals by Apollyon (Aura Noir, Immortal) on the track "One Million." Both albums obtained great feedback from critics and audiences alike.

During these years of activity, Whiskey Ritual have played several gigs abroad, especially in Germany, France, Belgium, and Austria, and shared the stage with bands like Aura Noir, Impaled Nazarene, Kvelertak, Belphegor, Nocturnal Depression, Forgotten Tomb, Hell Militia, Setherial, and Master among others. In 2013, they took part in the Sick Midsummer fest in Austria, and this summer peformed at Faust Extreme fest along with Venom, Archgoat, and Die Hard.